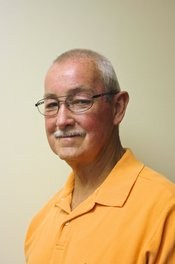 Mr. Lonnie Nelms
Arabi District, Chairman
Phone: 229-938-8934
lnelms@crispschools.org
Mr. Lonnie Nelms took the oath of office to become a member of the Crisp County Board of Education. He was sworn in on December 9, 2013 by Probate Judge Rusty Wright. Lonnie was appointed to complete Troy Pullin’s term, which expires in 2019.

Lonnie and his wife Melissa have lived in Arabi for over 20 years. They have three children, two of whom graduated from Crisp County High School. Mr. Nelms retired after working for 35 years in various management positions in the textile and uniform industry. He continues to consult in the field of new product research and development. Mr. Scott Forehand was elected to the Crisp County Board of Education in 2004.  Scott graduated from Crisp County High School and has a Bachelor's Degree in Forest Resources Management from the University of Georgia, a Master's Degree in Business Administration (MBA) from Georgia Southern University and a Master's Degree in Computer Information Systems (CIS) from Georgia State University.  He is married to Becky Forrest Forehand and they have two children, Holly and Scotty.  Scott is the broker and owner of Southern Realty Company. 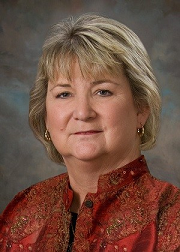 Mrs. Lydia Adkins was elected to the Crisp County Board of Education in 1999.  She graduated from Crisp Co. High School in 1971 and is proud to be a member of the first fully integrated class to graduate. She is married to Renay Adkins. They have two daughters, Kristen Adkins-Murdock and Kelly Glass, also seven grandchildren. Four of the grandchildren attend school in Crisp County. Renay and Lydia own Adkins Studio of Photography and Color Lab. Lydia holds a Master of Photography degree from the Professional Photographers of America and attend the Professional Photographers of America school in Des Plains, IL. Adkins Studio of Photography and Color Lab was recognized in 1999 for being the first photography and color lab to go totally digital in the world. They were also given the National Award that year by the Professional Photographers of America for their innovative work in advancing photography. 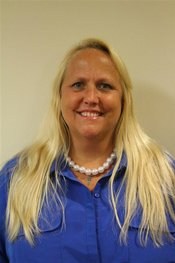 Mrs. Lelee Phinney
West Crisp District
Phone: 904-910-6967
lphinney@crispschools.org
Mrs. Lelee Phinney was elected to the Crisp County Board of Education in 2014.  Mrs. Phinney holds a Bachelor's degree in Human Growth and Development, Specializing in Early Childhood Intervention from Mercer University.  She is currently the Executive Director of The Gateway Child Advocacy Center, serving children in the Cordele Judicial Circuit.  She serves as Vice President of Prevent Child Abuse Crisp, as 3rd Vice President and Chairman of Community Projects for Crisp County Community League, and is a member of the Board of Directors for Healthy Families and Crisp County Family Connections.  She provides services to children throughout the Cordele Judicial Circuit, including Crisp, Dooly, Wilcox, and Ben Hill Counties. 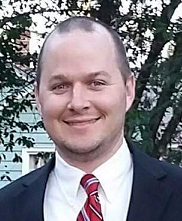 Mr. Justin Posey
East Crisp District
Phone: 229-322-6007
jposey1313@gmail.com
Mr. Justin Posey was elected to the Crisp County Board of Education in 2016 and was sworn into office in 2017. He moved to Cordele in 2005 from Dooly County. He is married to Amber Coffee, who is a graduate of Crisp County. They have three daughters. Justin is currently a Physical Therapist Assistant with ITC performing Home Health Services through Care South at Crisp Regional. He has a Bachelor's degree in Education. He also serves as the youth director at Penia Baptist Church. 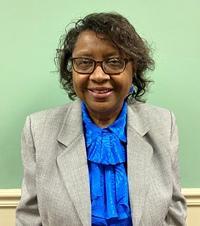 Mrs. Elizabeth Maddox, PhD
City District
Phone: 229-712-9173
lmaddox@crispschools.org
Dr. Elizabeth L. Maddox was sworn in on February 10, 2020 to become a member of the Crisp County School Board of Education. She was appointed to complete Mr. Charles Kerr, Jr.’s term which expires in 2021. Dr. Maddox holds a Bachelor Degree in Political Science; Master of Education Degree in Education; Education Specialist Degree in Education from Georgia Southwestern State University, and Doctor of Philosophy (PhD) from Walden University. She is married to James A. Maddox and they have seven children. Dr. Elizabeth L. Maddox is a retired educator having served 25 years in the Crisp County School System and one year in the Americus School System.